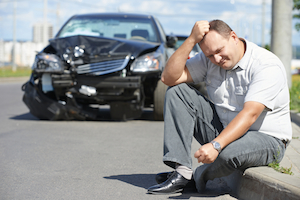 Leaving the scene of an accident where people are hurt is wrong.  And in Tennessee, it is also illegal. Under Tennessee Code Annotated sec. 55-10-101, a driver involved in an accident where someone is injured or killed is required to give his or her name and address, and to show their driver’s license if asked. Tennessee law also requires a driver involved in a crash to see that everyone who is hurt gets assistance, including making arrangements to get the injured to a doctor or hospital if necessary. Tennessee Code Annotated sec. 55-10-103. Leaving the scene of a fatality without doing these things is a felony under Tennessee law.

Even if the police were unable to locate the fleeing driver, one of our talented lawyers may still be able to piece together the driver’s identity. 911 call recordings can be used to track down witnesses who saw the negligent driver, and the 911 recordings themselves might be helpful to at least prove who was at fault for the crash. Surveillance camera footage from nearby businesses might show the accident, or at least show the fleeing driver’s car.

Even if there is no way to identify the hit and run driver, victims still may be able to recover money to pay their medical bills, lost wages, and human losses. Most Tennessee auto insurance policies include uninsured motorist / underinsured motorist coverage, often abbreviated as UM/UIM coverage. In fact, under Tennessee law, an auto insurance company is required to include UM/UIM coverage in every policy unless the policy owner specifically chooses to reject the coverage in writing. Tennessee Code Annotated sec. 56-7-1201. This means that part of every car and truck owner’s insurance premium includes paying to protect from injuries and financial losses caused by hit and run drivers.

Figuring out who should be held accountable, and following the necessary procedure to do so, is critical for a Tennessee hit and run case. We can help.  Contact the lawyers at the Law Offices of John Day, P.C. for a free consultation on your potential claim.  Call us anytime at 615-742-4880 or toll-free at 866.812.8787 or contact us online.