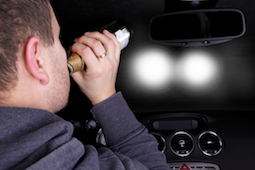 It is a crime in Tennessee to drive a truck or car while under the influence of alcohol, marijuana, or any other drug that impairs safe driving. Tennessee Code Annotated sec. 55-10-401. Driving with a blood alcohol content (or BAC) of 0.08% or more is also illegal, and creates a presumption the driver was too impaired to operate a motor vehicle. Tennessee Code Annotated sec. 55-10-401 and 55-10-408.

A drunk or otherwise intoxicated driver who causes an accident can be held accountable for any injuries or death under Tennessee law. First, common sense says that driving under the influence is careless, and that means it is negligent. Second, violating a statute, like the Tennessee statutes that prohibit driving under the influence, is called negligence per se. That means a driver with a BAC of 0.08% or more, or who is otherwise too intoxicated to drive, is negligent by that act alone.

A drunk or intoxicated driver often may be liable for recklessness. Negligence simply means acting unreasonably. Recklessness, on the other hand, means being aware of and consciously disregarding a substantial and unjustifiable risk of harm. While a person who negligently causes injury or death can be held responsible for repaying the victim's losses, a person who recklessly causes injury or death can also be punished by being forced to pay the victim more money than what is necessary to make up for the harm. An additional payment to the victim as punishment is what is known as punitive damages.

If the impaired driver was served too much alcohol at a bar, restaurant, theater or other commercial establishment, it may be possible to bring a liquor liability claim against the person and company who over-served the impaired driver.

The attorneys at the Law Offices of John Day, P.C. have successfully represented victims whose lives have been lost or forever changed as a result of drunk driving. If you or someone you know has suffered at the hands of a drunk or intoxicated driver, contact us online or call us anytime at 615-742-4880 or toll-free at 866.812.8787 for a free, no-obligation consultation.  We have recovered more than $100 million dollars for our satisfied clients and we would like to help you too.