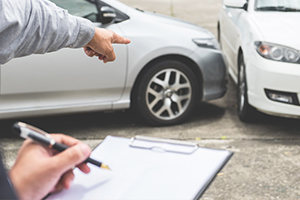 Even when people understand the purpose of uninsured and underinsured motorist coverage, there are many reasons why they do not purchase it:

One last point about uninsured and underinsured motorist coverage, if you have it and are involved in a serious accident, you will still want legal representation. Even though you will be dealing with “your” insurance company, your positions will be adverse, that is, they will want to pay out as little money as possible on your claim while you will want full compensation.

At the Law Offices of John Day, our award-winning lawyers have more than 100 years of combined experience in dealing with underinsured and uninsured motorist claims, and we would be honored to help you too. For a free initial consultation, simply call one of our three conveniently located Middle Tennessee offices. We handle all accident cases and underinsured/uninsured claims on a contingency basis so we only get paid if we recover money for you and your family. The law only allows you a limited time so do not delay; give us a call today.

Practice Areas
Contact Us
Auto Accident Cases
Read Transcript
Client Reviews
★★★★★
Everything was great. You guys are a great representative. I was satisfied with everything. Truly appreciate John Day and his hard-working staff. Jamar Gibson
★★★★★
We thought that you did an excellent job in representing us in our lawsuit. We would recommend you to anyone. Mitch Deese
★★★★★
The Law Offices of John Day, P.C. is, without a doubt, the best in Nashville! They treated me with the utmost respect and tended to my every need. No question went unanswered. I was always kept informed of every step in the process. I received phenomenal results; I couldn't ask for more. I would definitely hire The Law Offices of John Day, P.C. again. Anthony Santiago
★★★★★
I would definitely recommend to anyone to hire John Day's law firm because everyone was helpful, made everything clear and got the job done. I am satisfied with how my case was handled. June Keomahavong
★★★★★
It's been a long battle but this firm has been very efficient and has done a remarkable job for me! I highly recommend them to anyone needing legal assistance. Everyone has always been very kind and kept me informed of all actions promptly. Linda Bush
★★★★★
I had a great experience with the Law Offices of John Day. The staff was very accommodating, and my phone calls/emails were always responded to in a timely manner. They made the entire process very easy and stress-free for me, and I had confidence that my case was in good hands. I am very happy with the results, and I highly recommend! Casey Hutchinson
View More
Submit a Law Firm Client Review