Home
FAQ and Legal Guides
What is Loss of Consortium?

What is Loss of Consortium? 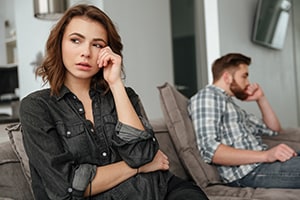 Loss of consortium is a type of damage that can arise in an injury or death case. Loss of consortium damages are available to the spouse of an injured person, and a Tennessee Court of Appeals has defined them as follows: “the conjugal fellowship of husband and wife, and the right of each to the company, cooperation, affection and aid of the other in every conjugal relation”. Loss of consortium must be specifically alleged as a separate claim in the complaint filed with the court.

Perhaps, the best way to understand loss of consortium damages is to review the pertinent jury instruction, Tennessee Pattern Instruction, Civil 14.20 – Personal Injury – Spouse. A jury instruction is exactly as it sounds – it is an instruction the judge reads to the jury at the conclusion of a trial to help guide the jury in its deliberation. A copy of the instructions is also provided to the jury.

In Tennessee, the loss of consortium jury instruction states that if the jury finds for the plaintiff (the injured person) then the jury should also determine an amount of damages for the spouse (again, the spouse must be a plaintiff to the lawsuit and specifically allege loss of consortium damages). In determining how much the spouse of the injured person should receive, the jury is told they should consider the following elements of damage if established by the evidence during trial:

As mentioned above, loss of consortium damages can also be recovered in a death case but the rules are more varied and complex.

If you would like to discuss an accident case or loss of consortium damages, give us a call. We do not charge a cent to review your case with you, and our award-winning lawyers handle all accident cases on a contingency basis so we only get paid if we recover money for you and your family.