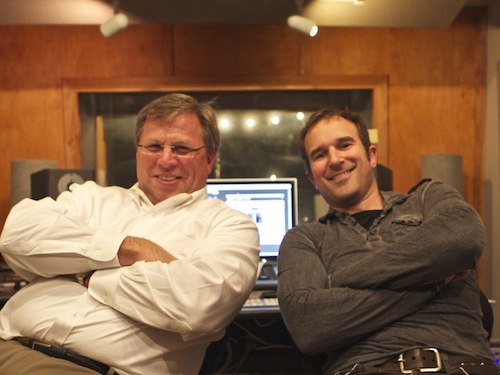 John Day and Ryder Lee
About the Song

"Tort Reform - The Song" was authored as part of the American College of Trial Lawyers Sixth Circuit Conference held in April 2013 in Nashville. The Conference brought together Michigan, Ohio, Kentucky and Tennessee Fellows and their spouses.

It was appropriate to draw upon Nashville's incredible music history and talent as part of this program, and thus three professional songwriters, led by Ryder Lee, a law student at the Belmont University School of Law and founder and former member of The Lost Trailers helped us write a song. Ryder came into the program with the music and a strong start on the lyrics. The attendees, now co-authors of this work, contributed during the program. Ryder and I finished the work in a writer's room at Universal in Nashville and - no kidding - while sitting on the tailgate of Ryder's truck in the parking lot below Taylor Swift's condominium.

You may wonder how we came to arrange the names of the writers. We started with Ryder Lee, who possessed the vast majority of the talent that lead to the creation of this song. Then, consistent with tradition in the Nashville music industry, we not-so-subtly moved the guy with the talent one spot behind the guy who put up the money. We then added the other co-writers in alphabetical order.

Reviews and other comments are welcome. Send them to jday@johndaylegal.com

The Songwriters
Contact Us
Practice Areas
Client Reviews
★★★★★
Everything was great. You guys are a great representative. I was satisfied with everything. Truly appreciate John Day and his hard-working staff. Jamar Gibson
★★★★★
We thought that you did an excellent job in representing us in our lawsuit. We would recommend you to anyone. Mitch Deese
★★★★★
The Law Offices of John Day, P.C. is, without a doubt, the best in Nashville! They treated me with the utmost respect and tended to my every need. No question went unanswered. I was always kept informed of every step in the process. I received phenomenal results; I couldn't ask for more. I would definitely hire The Law Offices of John Day, P.C. again. Anthony Santiago
★★★★★
I would definitely recommend to anyone to hire John Day's law firm because everyone was helpful, made everything clear and got the job done. I am satisfied with how my case was handled. June Keomahavong
★★★★★
It's been a long battle but this firm has been very efficient and has done a remarkable job for me! I highly recommend them to anyone needing legal assistance. Everyone has always been very kind and kept me informed of all actions promptly. Linda Bush
★★★★★
I had a great experience with the Law Offices of John Day. The staff was very accommodating, and my phone calls/emails were always responded to in a timely manner. They made the entire process very easy and stress-free for me, and I had confidence that my case was in good hands. I am very happy with the results, and I highly recommend! Casey Hutchinson
View More
Submit a Law Firm Client Review