Home
FAQ and Legal Guides
How are Settlements Calculated?

How are Settlements Calculated? 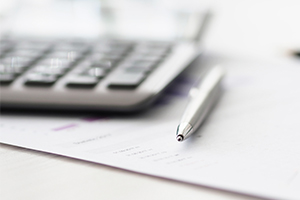 As a general rule, settlements typically factor in (1) the likelihood of success on the merits of the case – in other words, how certain are you that you can win?; (2) the amount of damages (medical bills, lost wages, pain and suffering, scarring or disfigurement, etc.) at issue in the case. Of course, there are lots of sub-factors that must be considered when assessing the likelihood of success on the merits and the amount of damages, and those are examined below.

Likelihood of Success on the Merits

Success on the merits means that you can prove three things: (1) negligence - the defendant did something wrong; (2) causation - what the defendant did wrong caused you harm; (3) the amount of the harm. Even though settlement is the issue on the table, you must still consider trial issues because the whole point of settlement is to avoid the trial, so you must understand the risks you are avoiding via a settlement. Other major issues you must consider are:

The Amount of Damages

In an injury case, the damages can include medical bills (past and future), pain and suffering, lost wages, loss of enjoyment of life, scarring or disfigurement, etc. All of these types of damages must be capable of being proven in court. As the damages get larger, the more risk it presents to a corporation or insurance company. However, that is not to say, they will settle a case just because there is a lot of money at risk. Remember, it is the combination of the likelihood of success on the merits and the amount of damages. So, most insurance companies are not going to be terribly interested in settlement if there is only a miniscule chance of a loss even if there are millions of dollars at risk. Stated differently, if the insurance company thinks they win the case 8 of 10 times, then they are not going to offer as much as if they think they lose the case 8 of 10 times.

A few final points on settlement: (1) settlement is a voluntary decision. While a judge might ask the parties to mediate, the decision to settle a case is solely up to the parties. (2) sometimes, the other side wants to avoid negative publicity and might be more interested in settlement because of that; (3) the amount of a settlement also depends upon the amount of money available – either through insurance coverage or assets; (4) the larger the case, the more you need an experienced trial lawyer, even if it is not us, to help you negotiate a fair settlement.

At the Law Offices of John Day, our award-winning trial lawyers are experienced in securing the most favorable settlements reasonably possible. All day, every day, we handle injury and death cases. We know the law, we know the other lawyers, we know the judges in Middle Tennessee (this is not to suggest influence but rather an ability to predict how they might rule on a certain evidentiary issue, etc.) and we know how the jury pool is likely to consider the evidence. We would be honored to help you and your family.

We handle all accident cases on a contingency basis, and we offer a free, initial consultation to see if we can help. Give us a call at one of our three, convenient Middle Tennessee locations.