Home
FAQ and Legal Guides
Do I Have to Respond to a Subpoena?

Do I Have to Respond to a Subpoena? 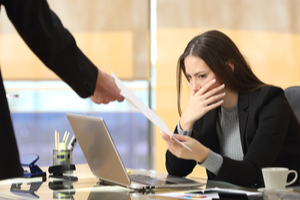 The short answer is “yes,” you usually do have to timely respond to requests for your personal attendance or production of documents, with some exceptions noted below. Trial attorneys know that most folks are not happy to receive a subpoena. We understand that subpoenas can be disruptive to people’s lives and businesses, but they are a critical tool in moving a party’s case toward trial or settlement. Below is important information about subpoenas and how to respond to them.

Tennessee Rule of Civil Procedure 45 authorizes the court clerk to issue subpoenas upon the request of a party to a lawsuit. Subpoenas can be for (1) documents or other tangible items (2) testing (3) inspections (4) attendance of a witness at a deposition (see our deposition page for more information on this subject) or (5) a trial. The subpoena should state the name of the case, the name of the person or business to receive it and a date, time and place for the person to appear and give testimony or bring documents or other tangible items.

Witnesses in Tennessee are only required to give depositions in the county in which you reside or in which you are employed or transact business. In other words, a Nashville resident cannot be compelled to drive to Memphis to give a deposition. The lawyers must come to the witness. However, if for example the Nashville resident owns restaurants in Memphis, then a deposition can be required in Memphis because the person “transacts business” in Memphis.

The Rule requires all subpoenas should be careful to avoid imposing undue burden or expense on the person or business to whom it is served. In other words, lawyers should be reasonable in their requests and attempt to carefully tailor the information sought in the subpoena. Generally speaking, the information sought be the subpoena must be reasonably calculated to lead to the discovery of admissible evidence in the legal proceeding.

Subpoenas for Documents or Other Tangible Items

When the subpoena is for documents, appearance by a person may or may not be requested. For example, assume you are the owner of a business where a party to a lawsuit used to work. For whatever reason, the party’s employment records have become an issue. A subpoena can be issued for the employment records in your possession. The subpoena may request an employee from human resources appear with the records or it may simply ask for the records. If the subpoena only asks for the records, the subpoena will require the company to sign an affidavit swearing or affirming that the records are complete (nothing has been intentionally omitted) and accurate (nothing was changed).

If the records are stored electronically, the person or company may respond to the subpoena by providing the documents in either written or electronic form (on a USB drive or disk), but it is not necessary to provide it in both formats.

If you are producing documents, they must be produced as you would keep them in the ordinary course of your business and they must be organized to correspond with the categories in the subpoena. In other words, you can’t shuffle records to make it harder for the recipient to find the important or critical documents.

Subpoenas for Documents for Testing and for Inspection

Let’s assume the case involves a slip and fall in a shower in a hotel, and the injury victim’s expert needs access to the hotel room to conduct a test on the surface of the shower floor. A subpoena can be issued to allow access to the property for testing. Similarly, if the expert needs to simply inspect the hotel room to determine other facts like shower rails, etc., then a subpoena can be issued for an inspection. The lawyers involved will usually work out an inspection or testing protocol; the owner of the property will be able to be involved in those discussions.

A number of objections can be made to a subpoena. Most of them are related to the scope of the subpoena (the subpoena seeks too much) and the cost of producing the materials sought. However, objections may also be based on privilege – either attorney client physician patient or one of the other privileges recognized in the law. Regardless of the nature of the objection, the party receiving the subpoena MUST serve objections to the subpoena within twenty-one (21) days or all objections are waived (except the right to seek reasonable costs associated with complying with the subpoena). Thus, if you are served with a subpoena and have some concerns about the timing of it or the scope of the requests, we suggest you either (a) talk to a lawyer about the subpoena or (b) reach out to the lawyer who caused the subpoena to be issued (his or her name and contact information are included on the subpoena) and discuss it. DO NOT ignore it because doing so may cause you to lose rights to object to the requests.

Failure to Comply with a Subpoena

A failure to comply with a subpoena or to answer a question at a deposition to which you have been subpoenaed is punishable as contempt of court. The court has the power to jail a person under its contempt powers. Thus, if you are served with a subpoena, it is important that you respond to it accordingly, either by complying, properly objecting, or negotiating a compromise on the timing or scope of the production.

Persons Exempt from Subpoenas to Trial

The following people are exempt from trial subpoenas. However, they DO have to comply with subpoenas for depositions: (1) an officer of the State of Tennessee (2) an officer of the United States; (3) an officer of any court or municipality within the State of Tennessee; (4) the clerk of any court of record other than that in which the suit is pending (5) a member of the general assembly while in session (6) a practicing physician, psychologist, senior psychological examiner, an attorney, a dentist, a chiropractor; (7) a jailer or keeper of a public prison; (8) a custodian of medical records – but only if the custodian follows the procedures for responding to a subpoena issued to them. All other people are required to comply with a subpoena to give trial testimony.

T.C.A. 24-4-101 provides that trial witnesses attending under a subpoena are entitled to $30.00 per day and, if they travel more than 10 miles to court, then they are also entitled to receive mileage reimbursement at the rate allowable under the state travel regulations in effect at the time.

As said above, if you have been served with a subpoena, you should be diligent and conscientious in your handling of it. Most lawyers are willing to work with people and businesses to minimize the disruption to their lives. If an agreement cannot be reached, it might be wise to retain your own counsel to help respond to the subpoena but, at a minimum, be sure to file objections with the twenty-one day (21) day period and be prepared to address the court about any issues you have with compliance.