What Damages Are Recoverable Against the Federal Government Pursuant to the FTCA? 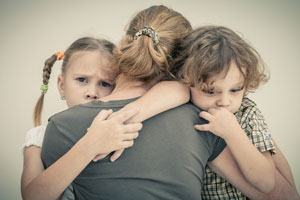 Although your lawsuit against the government must be filed in federal court, state law will determine what damages you may recover. In Tennessee, an injured party may recover both economic and non-economic damages. Economic damages include the losses you have that can be monetarily verified—things like medical bills, rehabilitation bills, loss of income and loss of employment. Non-economic damages, on the other hand, include categories that are more difficult to equate to a dollar amount. This may include compensation for items such as physical impairment, pain and suffering, scarring, loss of consortium, and loss of enjoyment of life.

Because state law applies to damages under the Federal Tort Claim Act (FTCA), state law limits on damages also apply. In Tennessee, an injured party is limited to recovering $750,000 for non-economic damages. This cap is only increased in cases of catastrophic loss or injury, and even then the injured party is limited to $1,000,000 in non-economic damages.

The FTCA prohibits punitive damages from being awarded against the government. This means that damages which are intended to punish the wrongdoer are not allowed. Instead, only compensatory damages can be awarded in an FTCA case.

The FTCA prohibits plaintiffs from claiming more in damages in their civil lawsuits than they did in their initial filing with the appropriate administrative agency. This is important to know and understand before filing your initial claim. The amount claimed can only be increased from the initial filing if the new damages are based on evidence that could not have reasonably been discovered at the time the administrative claim was filed.

Our skilled attorneys are experienced in representing people who have been injured due to the negligence of another person, including government employees. We have a long history of getting positive results for our clients. If you would like to discuss a possible claim against the federal government, contact us at 615-742-4880 or toll-free at 866.812.8787 or simply complete this online form and we will contact you. We handle all accident cases on a contingency basis so we only get paid if we recover money for you. For more information on our fees and expenses, click here.