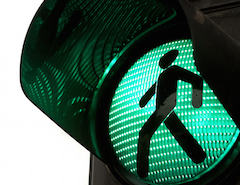 While not everyone owns or drives a car, everyone is a pedestrian. Pedestrians include people who are walking, traveling by wheelchair, pushing or being pushed in a stroller, or traveling by any other similar means. In fact, whenever you are not in a vehicle, you are a pedestrian and are potentially at risk of being involved in a pedestrian accident.

Depending on the facts of your case, you might also be entitled to recover punitive damages. Unlike compensatory damages which are intended to compensate the victim, punitive damages are meant to punish the wrongdoer. Accordingly, they are only recoverable in certain cases.

If you or a loved one has been injured and you would like to discuss your case, contact us online or call us at 615-742-4880 or toll-free at 866.812.8787 for a no-cost, no-obligation consultation. We handle all pedestrian accident cases on a contingency basis, which means we only get paid if we recover money for you.