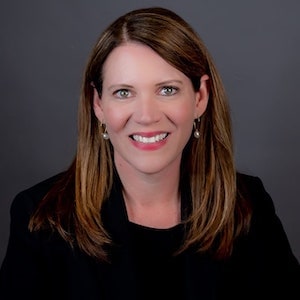 Laura Baker is a Shareholder at the Law Offices of John Day where she has spent 16 years representing clients in personal injury, wrongful death, and tort litigation across the state. She has successfully represented clients in hundreds of injury cases including motor vehicle, wrongful death, and slip and fall accidents, as well as medical negligence and products liability cases.

Laura's reputation and experience have earned her a number of awards and accolades. She has been named by The Best Lawyers in America as a top attorney in Personal Injury Litigation for Plaintiffs, Medical Malpractice Law for Plaintiffs, and Product Liability Litigation for Plaintiffs. She has been selected as one of the “Best of the Bar” by the Nashville Business Journal seven times and she has been named a Mid-South Super Lawyer in Personal Injury every year since 2013. Laura has also been recognized as one of the Top 50 Women Lawyers in the Mid-South by Super Lawyers, one of the Top 100 Lawyers in Tennessee, and one of the Top 50 Nashville Super Lawyers. Laura has earned the AV® Preeminent™ ranking from Martindale-Hubbell through its peer-review system, which indicates a ranking at the highest level of professional excellence.

Laura is a leader in the legal community. Laura served as Chair of the 2021 Campaign for Equal Justice by the Legal Aid Society of Middle Tennessee and the Cumberlands. Under her leadership, the campaign brought an unprecedented amount of contributions totaling more than $1 million. Laura is a Past President of the Nashville Bar Association, the largest metropolitan bar association in the state of Tennessee. Laura served on the Board of Directors for the NBA since she was first elected in 2016 through her presidency in 2020, and as Immediate Past President in 2021. Laura was awarded the NBA President’s Award in 2017 for her work in establishing the Friday Fundamentals program, a 13-week program for new lawyers designed to bridge the gap from law school to law practice. She served as Chair of the program in 2017 and 2018. In 2014, Laura was selected as one of 28 inaugural members of the Nashville Bar Foundation Leadership Forum. She also served on the Steering Committee for the Leadership Forum from 2015 through 2019, including serving as Co-chair of the Steering Committee for the 2018-2019 program year. Laura previously served the NBA as co-chair of the Chancery and Circuit Courts Committee. Laura was inducted as a Fellow of the Nashville Bar Foundation in 2015.

Laura currently co-chairs the Oral History project of the Lawyers’ Association for Women, Marion Griffin Chapter. She previously served as the President of the Lawyers’ Association for Women from 2014-2015. She also has served this organization in other leadership roles, including as Treasurer from 2012-2013 and as a member of the planning committee for the Marion Griffin Women’s Symposium.

Laura was selected as an Associate Member of the Harry Phillips American Inn of Court in 2011 and served a two-year term. She was again selected for this organization as a Barrister from 2014 to 2018, and she served on the Executive Committee for the Inn in 2017-2018.

Laura is a native Nashvillian. She attended St. Henry School and Father Ryan High School. Laura completed her undergraduate studies at Rhodes College in Memphis, Tennessee, and earned her Doctor of Jurisprudence at the University of Tennessee in 2006 where she concentrated on Advocacy and Dispute Resolution. During law school, she was selected as a member of the National Trial Team and she was a member of the Tennessee Journal of Law and Policy. She also won the Ray H. Jenkins intramural mock trial competition. After completion of her law degree, Laura was awarded the Award of Excellence in Trial Advocacy by the Tennessee Attorney General in 2006.

Laura is married to J.T. Baker, who is a Senior Business Intelligence Analyst for Vanderbilt University Medical Center. They live in Nashville with their two children and their Labrador retriever, Knox.

University of Tennessee College of Law, J.D., Concentration in Advocacy and Dispute Resolution

Client Reviews
★★★★★
Everything was great. You guys are a great representative. I was satisfied with everything. Truly appreciate John Day and his hard-working staff. Jamar Gibson
★★★★★
We thought that you did an excellent job in representing us in our lawsuit. We would recommend you to anyone. Mitch Deese
★★★★★
The Law Offices of John Day, P.C. is, without a doubt, the best in Nashville! They treated me with the utmost respect and tended to my every need. No question went unanswered. I was always kept informed of every step in the process. I received phenomenal results; I couldn't ask for more. I would definitely hire The Law Offices of John Day, P.C. again. Anthony Santiago
★★★★★
I would definitely recommend to anyone to hire John Day's law firm because everyone was helpful, made everything clear and got the job done. I am satisfied with how my case was handled. June Keomahavong
★★★★★
It's been a long battle but this firm has been very efficient and has done a remarkable job for me! I highly recommend them to anyone needing legal assistance. Everyone has always been very kind and kept me informed of all actions promptly. Linda Bush
★★★★★
I had a great experience with the Law Offices of John Day. The staff was very accommodating, and my phone calls/emails were always responded to in a timely manner. They made the entire process very easy and stress-free for me, and I had confidence that my case was in good hands. I am very happy with the results, and I highly recommend! Casey Hutchinson
View More
Submit a Law Firm Client Review