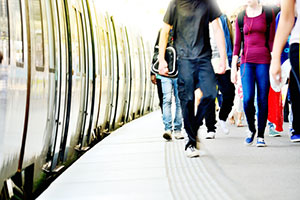 In Tennessee, the Music City Star provides weekday commuter rail service from Mt. Juliet, Hermitage, Lebanon, Donelson and Martha to Nashville. Because the Music City Star is operated by the Regional Transportation Authority, an injured party's ability to seek compensation is limited by statute. The statute caps the damages at two million dollars per person and thirty million dollars per accident.

So what do these statutory caps mean? In simplest terms, it means the most any one person could recover would be 2 million dollars and this is true even if their medical bills, future medical treatment, lost wages and pain and suffering were well over that amount, which would certainly be the reality in many catastrophic injury cases. As for the thirty million dollar cap, if the Music City Star was involved in a crash in which 35 people were killed and another 65 were seriously injured. The thirty million dollar maximum would split amongst those 100 claims.

And, the limits on liability extend even further. Independent contractors who provide certain services to the Music City Star are also provided certain immunities. So if you or a loved one has been injured on the Music City Star or any other commuter train, it is critical you have an experienced lawyer to help you obtain the maximum compensation possible.

To schedule an appointment with one of our award-winning lawyers, call us anytime at 615-742-4880 or toll-free at 866.812.8787 or simply fill out this form and we will call you. We handle all Music City Star and commuter train accidents on a contingency basis, so we only get paid if we recover money for you.