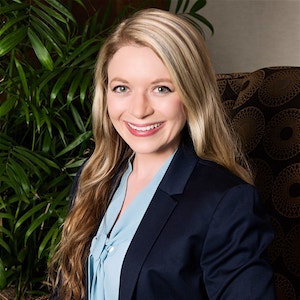 Caroline E. Sapp is one of our six attorneys at The Law Offices of John Day, P.C. and has successfully represented hundreds of clients who have been injured across Tennessee.

She was named a 2018 Mid-South Super Lawyers Rising Star, and selected as one of the twenty-five members of the 2019 Nashville Bar Foundation Leadership Forum. She is a member of the Nashville Bar Association where she is the Managing Editor and co-chair of the Nashville Bar Journal. In 2016, she was named “Contributor of the Year” for her work on the Journal. She is also a member of the Tennessee Bar Association, Lawyers’ Association for Women, Marion Griffin Chapter, where she serves as chair of the Publicity, Technology, and Social Media Committee, and the Upper Cumberland Young Lawyers Association, where she serves as President Elect / Vice President.

Not only is Caroline committed to helping her injured clients, she also is committed to helping others in her community; her community and pro bono activities have included Packs for Pints, an event she spearheaded to benefit foster children in the Upper Cumberland; Lawyers for Littles bowling fundraiser, which benefits Big Brothers Big Sisters of Middle Tennessee; Joint Operation for Veterans, which assists veterans with legal services; Putnam County Schools "Fairy Tales on Trial" Mock Trial Competition; and the Nashville Bar Association’s Sit-In Program where she presented a lesson to students at Hillsboro High School regarding the 1960s lunch counter sit-ins in Nashville. She has also served as a scoring judge for the Tennessee Bar Association’s and Nashville Bar Association's Mock Trial tournaments.

While in law school, Caroline served as a Research Assistant to Professor Jodi L. Wilson and interned for the Honorable Bernice B. Donald in the United States Court of Appeals for the Sixth Circuit. She was selected as Editor-in-Chief of the Mental Health Law & Policy Journal, as a Grading Committee Member on the Moot Court Board, one of the three oral advocates on the Wagner Labor and Employment Law Moot Court team, a Student Pupil for the Leo Bearman, Sr. Inn of Court, a student ambassador, and a student orientation leader.

When Caroline’s not practicing law, you can find her with her rescued Shetland Sheepdogs, running, and traveling – her favorite travel spots to date include Northern California, the Oregon coast, Washington, Morocco, Greece, Spain, Austria, Germany, Slovakia, and Rock Island State Park.

Education
Publications and Speeches
Publications
Speeches
Bar Service
Awards
Community Involvement
Contact Us
Practice Areas
Client Reviews
★★★★★
Everything was great. You guys are a great representative. I was satisfied with everything. Truly appreciate John Day and his hard-working staff. Jamar Gibson
★★★★★
We thought that you did an excellent job in representing us in our lawsuit. We would recommend you to anyone. Mitch Deese
★★★★★
The Law Offices of John Day, P.C. is, without a doubt, the best in Nashville! They treated me with the utmost respect and tended to my every need. No question went unanswered. I was always kept informed of every step in the process. I received phenomenal results; I couldn't ask for more. I would definitely hire The Law Offices of John Day, P.C. again. Anthony Santiago
★★★★★
I would definitely recommend to anyone to hire John Day's law firm because everyone was helpful, made everything clear and got the job done. I am satisfied with how my case was handled. June Keomahavong
★★★★★
It's been a long battle but this firm has been very efficient and has done a remarkable job for me! I highly recommend them to anyone needing legal assistance. Everyone has always been very kind and kept me informed of all actions promptly. Linda Bush
★★★★★
I had a great experience with the Law Offices of John Day. The staff was very accommodating, and my phone calls/emails were always responded to in a timely manner. They made the entire process very easy and stress-free for me, and I had confidence that my case was in good hands. I am very happy with the results, and I highly recommend! Casey Hutchinson
View More
Submit a Law Firm Client Review