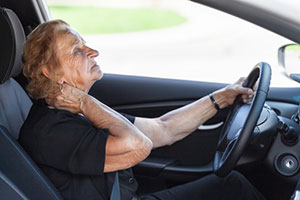 Taking the keys away from an elderly driver can be a difficult and emotional task. Elderly drivers do not want to lose their independence and often fail to recognize that their driving skills have deteriorated. Yet, statistical evidence demonstrates crash rates for drivers over age 70 begins to climb with yet a more dramatic increase after age 80. In some states, elderly drivers must renew in person or provide a statement certifying their fitness from a physician or take a road test, etc. However, in Tennessee, there are not any additional requirements for elderly drivers. Just like the general population, elderly drivers can renew online or in person and they do not have to provide proof of adequate vision or physical fitness.

As a group, elderly drivers are not as dangerous as teenage drivers because they do tend to wear their seatbelts, drive at or below the speed limit and avoid risky behavior behind the wheel such as drinking and driving. Yet, there are some troubling statistics especially considering the State of Tennessee does not impose any special checks on their fitness to drive:

Below are some signs it might be time to find an alternative form of transportation for an elderly driver in your life:

Elderly drivers are required to obey the same rules of the road as other aged drivers. To the extent an elderly driver suffers a true medical emergency that they could not have foreseen such as a heart attack or a stroke, they may be able to successfully assert a sudden emergency defense. However, this defense is very fact-specific and limited. Because many seniors are on limited budgets, they may try to save on their insurance premium by reducing their insurance coverage.  Therefore, it is important for an experienced lawyer to determine the extent and applicability of any insurance coverage including uninsured or underinsured motorist coverage.

Our award-winning lawyers handle all accident cases on a contingency basis so we only get paid if we recover money for you. If you would like a free, no-obligation consultation about your accident with an elderly driver, give us a call at: